So, after about a year of planning I flew out to join Dan and two of his third year students from Guild Hall School of Drama (London) in Helsinki. The first thing that hit me was the weather; it took your breath away it was that cold. I arrived about 11:30,  after a beer I went straight to bed… but the next day we got up and went straight to the cabin.

We had a porta-cabin upon which all the computer hardware was kept. (We where lucky as some people had tents!) And this was pretty much my view for the next 6 days… 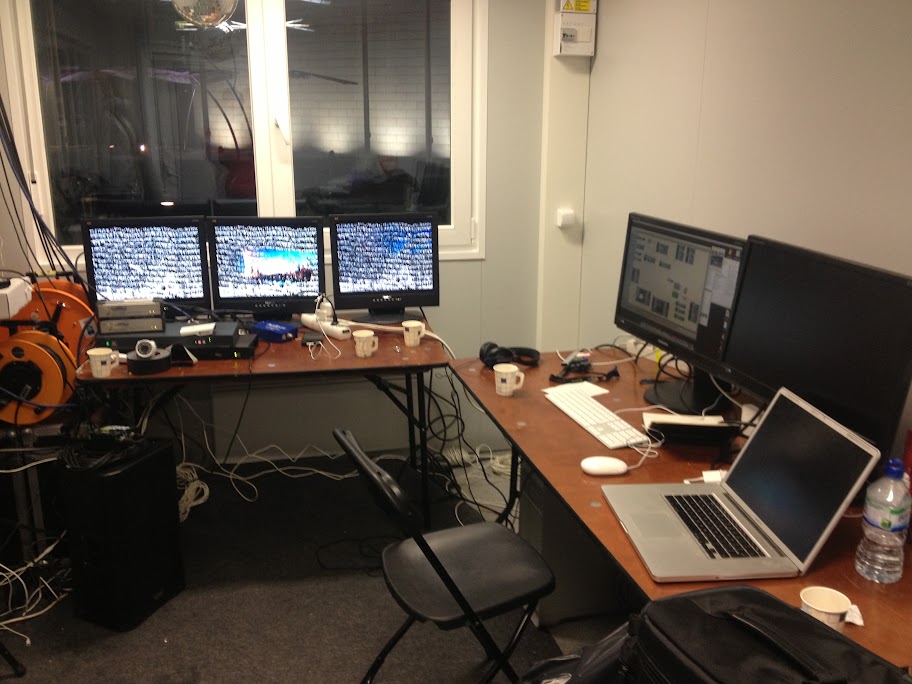 Lots of coffee cups lying about! 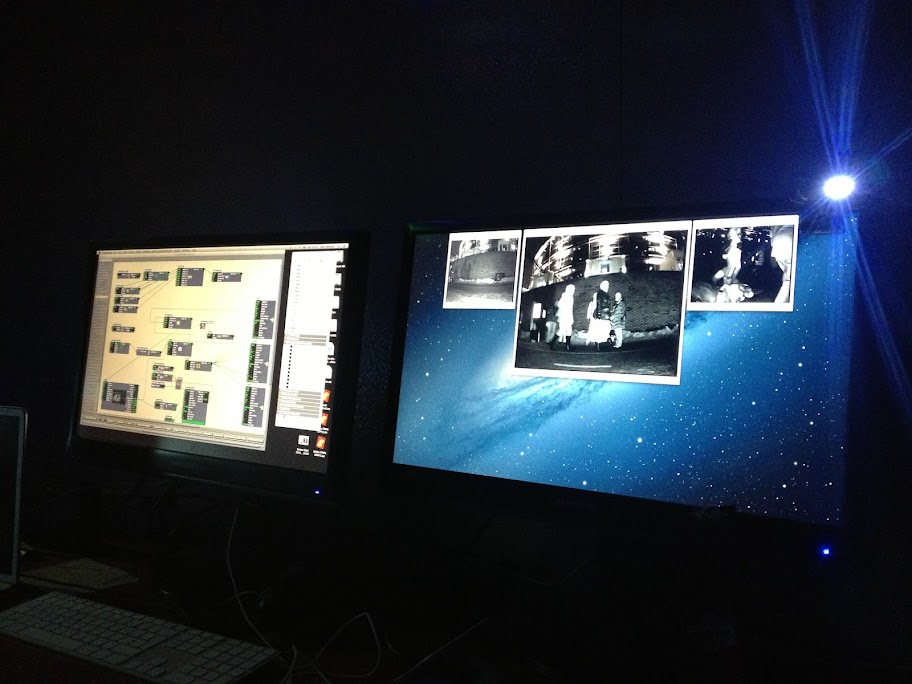 The first two days we had to set up, test and check the system. Then LUX was officially open and the public could all the pieces in full glory. Public viewing times where 4:00 PM until 10:00PM

We spent two days fine tuning and making the Isadora patch perfect. The sun went down about 3 so we had a short while to preview the images properly… this was from day one… 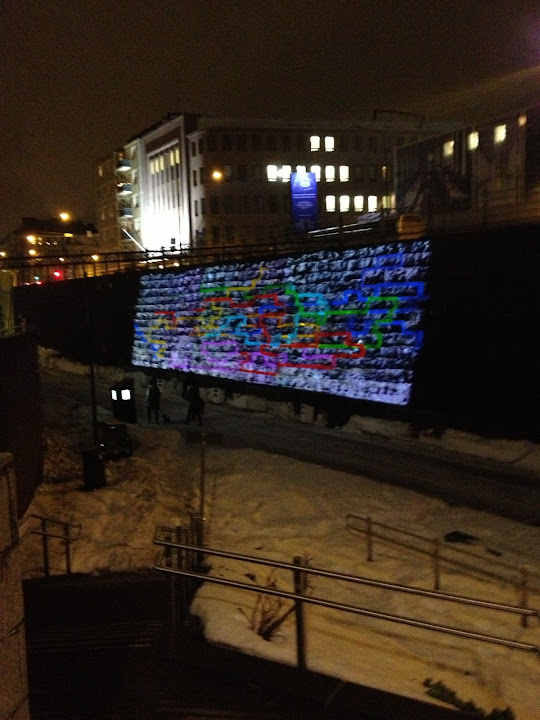 We attracted a lot of attention! So much so that people where blocking the pathway and filling up on the stairs in the image above!

People going about their daily business walking or cycling home had to stop and ask people to move out of the way. It was great to see so early on.

It became clear after only a few hours that children understood it straight away and some of the elder people took a little longer to figure out the concept and interaction. We found that a lot of people didn’t want to interact with the piece and just wanted to watch. But the flow of people made it work anyway. As people walked directly up to the cameras they soon realised that they where blocking the cameras and revealing more of the wall. We had a few dogs sniff the cameras and push buggies also looked good interacting with the wall images as they rolled by.

Some interesting observations for me including a guy swinging a white plastic bag around his head for about half an hour, a man and woman dancing like robots and a small child physically touching the wall and projected light thinking that it was somehow physically interactive.

The first night went really quick and some of the patches didn’t look as good as expected. But overall we where happy…. we then went for a beer and didn’t get home until 4 in the morning! The guys at sun effects looked after us and it was all networking (of course!).

This is just a simple technical diagram to show the workflow.